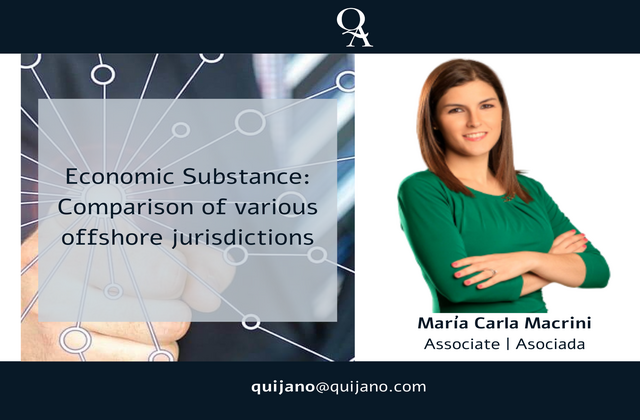 In 2018 a few jurisdictions adopted a legal concept of “economic substance”, whose meaning has now become well-known all over the world. The British Virgin Islands, Belize, Bahamas, the Marshall Islands and the Cayman Islands are some of the jurisdictions where legislation based upon this concept has been enacted as an Economic Substance Act.

The above-mentioned jurisdictions have not only published their respective Economic Substance Act, but also official guidelines in order to make their respective legislation on the subject clearly understandable.

Fortunately, in the Republic of Panama there is no legislation with the concept of “economic substance” applicable to legal entities organized under Panamanian law for taxation or fees or contribution purposes of any kind. However, we consider it convenient to consider any possibilities of similar legislation being adopted, considering that the European Council of the European Union plays an important role in the decisions concerning subjects of this nature in this part of the world.

Nevertheless, we wish to stress that the activities that trigger economic substance obligations as defined in the jurisdictions having “economic substance” legislation are the ones mentioned below:

For example, if an entity is within the scope of the Economic Substance legislation because it engages in any of the above-mentioned relevant activities, in order to be out of the economic substance range of applicability of taxes or additional fees or costs,  it must be identified by the authorities as a tax resident abroad or as an entity entitled to be a tax resident in the country where it was incorporated, in accordance with the following requirements, which may not necessarily be the same depending on the jurisdiction of its constitution:

(a) The relevant activity has to be administered and managed in such country.

(b)  Regarding the nature and scale of the relevant activity.

(c) It must have an adequate number of qualified employees in relation to the relevant activity and the scale thereof.

(d)  If they must be physically present in such country.

(e) It if has incurred in an adequate amount of expenditures in such country.

(f) It must have physical offices or premises there.

As to the existing jurisdictions applying the economic substance concept nowadays, each one has its own requirements, which must be aligned with the requirements of the International Tax Authority of said jurisdiction.

Finally, if an entity fails to comply with Economic Substance obligations it is subject to severe, effective, and dissuasive penalties imposed by the authority, ranging from financial penalties with amounts depending on the given jurisdiction up to striking off and prison terms in some jurisdictions.

As a closing point, we would like to add that although the Republic of Panama has not adopted the economic substance concept, we believe that the Panamanian jurisdiction might end up being the offshore center better prepared to deal with such a situation because of its up-to-date technological status, its world-class infrastructure and well-prepared available staff.   Smaller jurisdictions will have a harder time dealing with these new developments due to lack of facilities and serious qualified staff limitations. 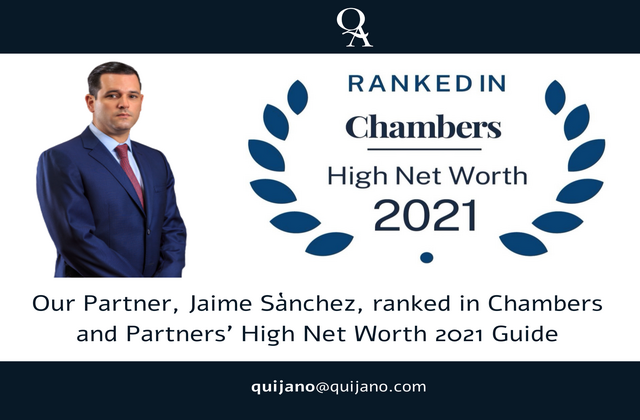 Our Partner, Jaime Sánchez, ranked in Chambers and Partners’ High Net Worth 2021 Guide 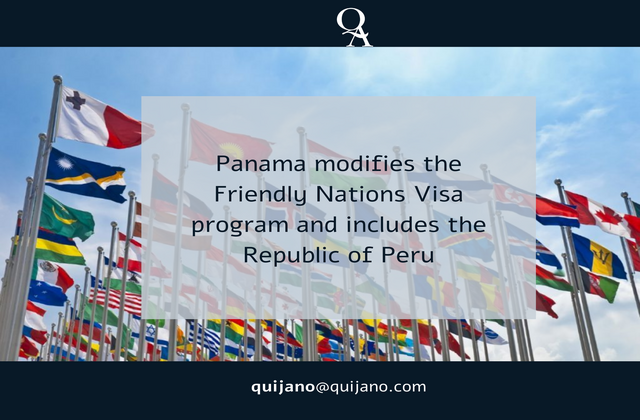 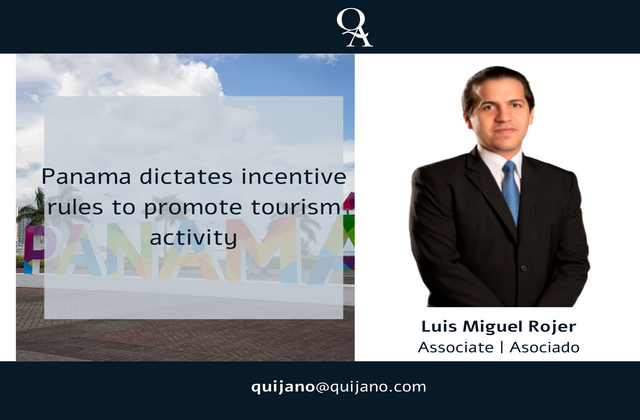 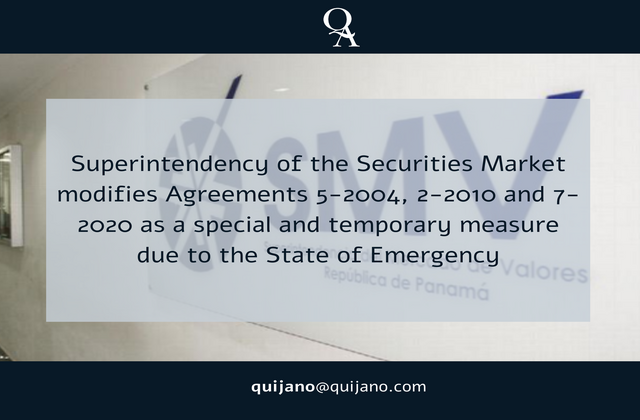 The Superintendence of the Securities Market modified Agreements 5-2004, 2-2010 and 7-2020 as a temporary special measure due to the existing State of National Emergency